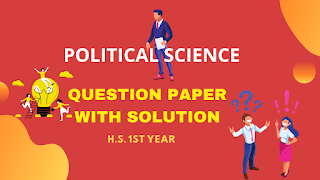 (a) Which Part of the Constitution deals with the Fundamental Rights?

(b) Mention the name of the only State of Indian Federation having its own Constitution.

(c) Is there Provision of dual citizenship if India?

(d) Which Amendment of the Constitution has inserted Fundamental Duties in the Indian Constitution?

(e) Which Article of the Indian Constitution describes the amending procedures of the Constitution?

6. When can the Supreme Court of India exercise advisory jurisdiction?          2 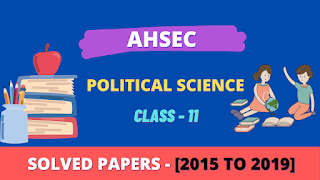 10. Do you think that the judicial activism can lead to a conflict between the judiciary and the executive? Why?    4

14. Discuss the composition, powers and functions of a State Legislative Assembly.           6

Discuss the law-making procedure of the Indian Parliament.    6

(a) “Political Science begins and ends with the State.” This was said by Laski/Garner/Burgess.  (Choose the correct option)

(b) What is the name of the famous book written by the Greek philosopher Aristotle?

(c) What is the name of the autobiography written by Nelson Mandela?

(d) Who wrote the book, Theory of Justice?

(f) What is the full form of UNDP?

17. Mention two measures for safeguarding the rights of a citizen.     2

28. What secularism? What are the factors responsible for the growth of communalism in India?          6