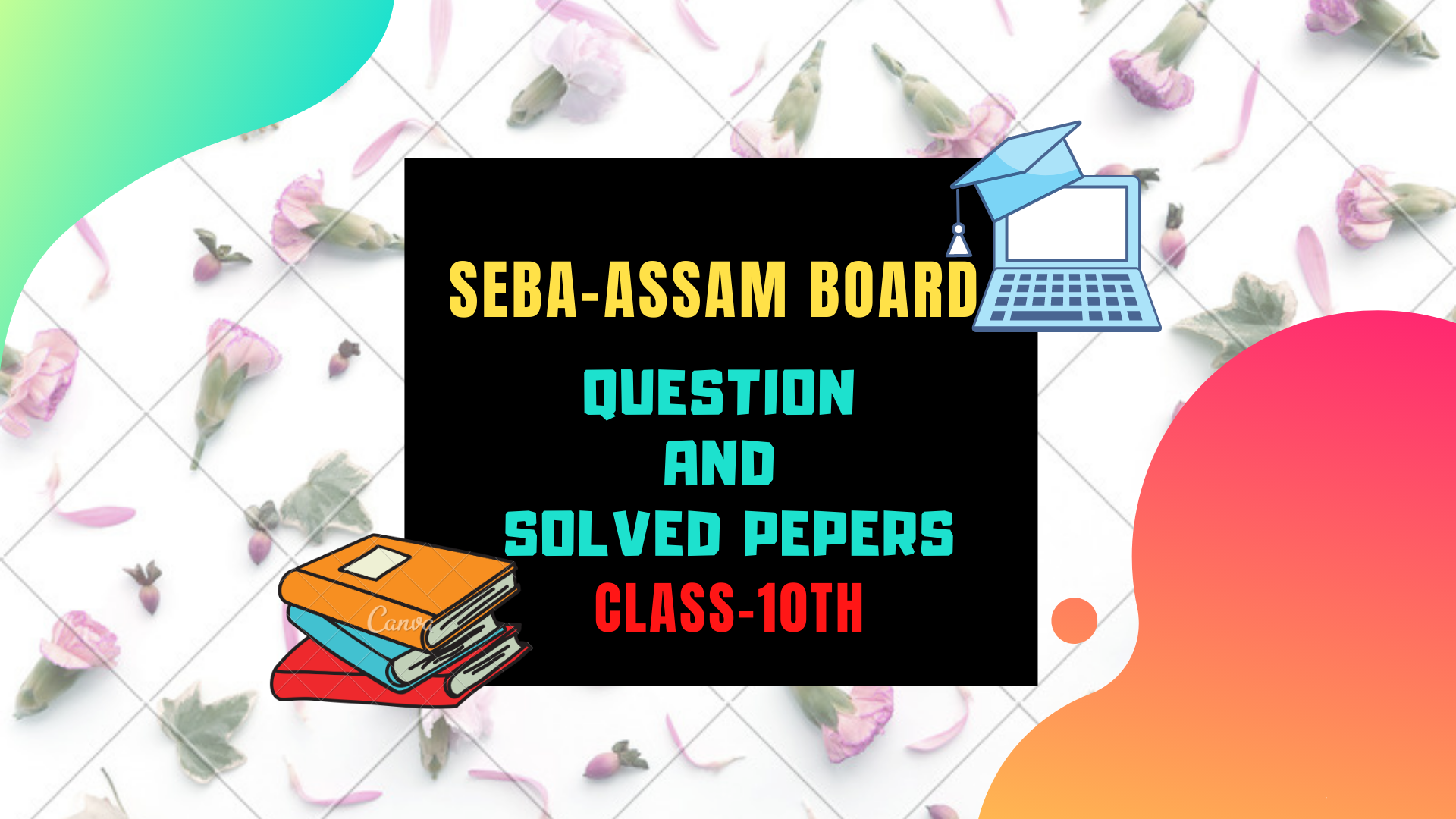 The figures in the margin indicate full marks for the questions.

1. (a). Choose the meaning of the underlined word in the following sentence from among the alternatives given in brackets:         1

Send me the rest, since I need it very much.

(i) On the day of inauguration Mandela was accompanied by his daughter Zenari.

(ii) Thabo Mbki was sworn in as the second deputy president.

(c) Choose the correct answer from among the alternatives given and complete the sentence:   1

Coorg or Kodagu, the smallest district of Karnataka, is home to _______.

4. According to Mandela, between love and hate which comes more naturally to human heart?  2

What made Lencho think that the post office employees were a bunch of crooks?

7. Give a description of Dhekiabari tea-garden as seen by Pranjal and Rajvir when they were driven through it.         3

(10) Choose the meaning of the underlined words from the alternatives given in the brackets:    1x2=2

(a) They do not sweat and whine about their condition.

(sing loudly / complain in an annoying voice / cry in joy)

(b) I wonder where they get those tokens.

16. (a) Briefly describe the extraordinary behaviour of Mrs. Hall's furniture.   5

(b) Give a brief description of the first meeting between Bill and the young lawyer.          5

(d) Only _____of the applicants were found suitable.

18. Fill in the blanks with suitable prepositions from the choices given in the brackets:      1/2x4=2

19. Use correct tense forms of the verbs given in brackets and rewrite the sentences:      1x2=2

(b) She behaves as if she (know) everything.

(a) The students elected him secretary.

(b) The stage was decorated by the students.

(a) The moon is round. It has been proved.

23. Choose the correct alternative from the choices given in the bracket and o fill in the blank:   1

bring up, look for, give up, look after.

(a) The sceneries of Arunachal Pradesh is charming.

(b) Give the substance of the following passage:

It is very difficult to get rid of bad habits. So, one should be very careful that one does not form bad habits during the early years of life. Idleness is one of such bad habits. Every boy and girl should be diligent. They should avoid idleness like poison. Some of them love to remain in bed long after day break and get out of bed most unwillingly. Even after that they waste time over triflets and spend as little time as they can in reading. As a result, they cannot learn much as they should. What is worse, they become so accustomed to such a bad habit that they cannot shake it off — even with their greatest efforts. This bad habit then holds them hard in its coils like a large snake.

(b) Television as a source of knowledge.

Write a story in about 150 words using the outline given below and add a title to it.  6

(a), Write a letter to your friend telling him about your daily life.

(b) Write a report for a newspaper on the basis of the information given below:

(iv) Opened by the Hon'ble Governor of Assam.

(v) Publishers from the State and outside it participated.

29. (a) Read the following passage carefully and answer the questions that follow:

Paper is one of the most important articles that we use in our day to day life. If there had been no paper our civilization would not have progressed so fast. Great scientists write their thoughts on paper first and then carry out their experiments. Great engineers draw their plans on paper first and then build houses, bridges, dams and so on. Great thoughts are written or printed on paper for, everyone to read, If there were no paper we would not have all the good books that are available in the world. Without paper it would be difficult for the people of one country to know about the people of another country.

(b) Read the following extract carefully and answer the questions that follow:

It was a new bus, its outside painted a gleaming white with some green stripes along the sides. Inside, the overhead bars shone like silver. Directly in front of Valli, above the windshield, there was a beautiful clock. The seats were soft and luxurious.

Valli devoured everything with her eyes. But when she started to look outside, she found her view cut off by a canvas blind that covered the lower part of her window. So she stood up and peered over the blind.

The bus was now going along the bank of a canal. The road was very narrow. On one side there was the canal and beyond it, palm trees, grassland, distant mountains, and the blue, blue sky. On the other side was a deep ditch and then acres and acres of green field - green, green, green, as far as the eye could see.